Souls and Soil: Día de los Muertos in the park with Veronica Robles

On October 30, the Veronica Robles Cultural Center in East Boston will host a Día de los Muertos Festival and Parade in Central Square Park. Olmsted Now spoke with Veronica about her project, park equity and spatial justice. This interview has been edited for length and clarity.

Could you introduce yourself? How would you describe your project?

I started my organization formally as a 501c3 in 2013. I’ve celebrated a Día de los Muertos at different places, but that was also one of the signature events that we’d host [at my organization], and we also added a parade. So, we have the festival and the parade, and it’s pretty much celebrating life. What we do is create an offering altar, where the base is flowers, and then we team up with the City of Boston so that they started planting marigolds that are symbolic to the Día de lost Muertos. Hopefully this year they do it again. Within the past probably four or five years and before the pandemic, we had a couple of years with it—with actual marigolds. So we created the altar with that.

What we do is a series of activities, where we teach the children how to create masks—we call it the catrina. That’s another cultural aspect of the Día de los Muertos, which also has a political orientation, but we don’t use that aspect of that tradition here. And also we present dance, we present an offering dance too, and the most exciting thing is that people come together eat el pan de los muertos—we have a special bread baked for the occasion. We have this big, big, big celebration, and then on November 1st and 2nd, we kind of retreat. We have the altar inside, and then we talk about resilience, and loss, and grief. Some people cry, some people don’t. It’s a nice event.

We never had funding before—this is the first time, so I’m so grateful. We’re excited and, again, grateful for the opportunity to receive this grant so we are able to be more flexible, pay artists, and then do it like [we have] before. We need to get organized [ahead of time] and we need to create elements for the altar, so we wanted to open [that process] to more people. [With this grant], we want to have someone that is specifically working on that project to make sure that everything runs smoothly and that we have all the activities organized and prepared for the community when they come and learn and experience and talk about the topic, the thing. I’m hoping to bring it to the park—do these [preparatory] activities in Central Square Park, which is right on the corner [near Veronica Robles Cultural Center].

What a fun way to extend the project for everybody and not just have it be a one-day event.

Exactly. And also bring the awareness of what’s going to happen—the actual event. That’s going to be on Sunday, the 30th, in October.

When you’ve done a Día de los Muertos parade in Boston, has it always been on the same route? How do you choose your route?

Before the pandemic, we had it on Bennington Street, because we used to be located on that side of the city, Orient Heights. And we used to do it on Bennington and Saratoga and come back to the cultural center because we have a big parking lot. And then we moved in 2020 to the new location. Because of the pandemic, we did a very small parade with a couple of cars making noise in the streets in 2020, but in 2021 we were able to create a new route which is coming out from Border Street towards Meridian, which is the main street in East Boston, and all the way to Maverick Square, where the station is. Maverick Station is the busiest station, probably not in the whole city, but at least in East Boston. We’re going to go around that and come back, also on Meridian Street, the opposite way, and then end it in the park.

If the weather permits, instead of having the fiesta inside, we’re going to do it outside. Because it’s growing, too. Last year, we had to put a tent on the parking lot, because there was a lot of people, and COVID, and stuff, so we decided just to put up a tent [instead of being inside]. But I think this year we need to go to the park, and this is a good opportunity to have the entertainment in the park, so when we finish the parade, we’re right there.

That will be the route, and it’s a pretty informal parade. The police is very nice with us, and they just send a couple of cars to guard us through the parade. People like [the parade]—there’s a little traffic, you know, but it doesn’t last much. Before the pandemic it was the best, best ever. We had, like, 500 people walking in the streets—it was pretty cool. The memories will last forever for everyone who participated that year. So, we’re hoping that this year will be kind of something similar. I hope one day we can do something bigger, but right now we just keep it local.

How did you choose the park where the parade route will end?

We wanted to use a green space, of course, and we decided to do it there because it’s very close to our place [Veronica Robles Cultural Center], and in case it rains, we will be ready to bring people inside. This is a tradition, and I think it should be close to our venue, our site. Eventually if we expand, we can also have it expanded to LoPresti Park, which is a little farther away—not too far—next to the water. But I think [Central Square Park] is a nice park that needs to be more utilized. This summer has been busy, but I think we could use it a little bit more, and I think this is a good event to do that.

Why do parks need more equity and spatial justice programming? How does your program speak to that need in Boston parks?

El Día de los Muertos has to do a lot with the soil, with the earth, with living—living and dying. The theme is very close to nature. So we always preach or try to teach our students and members that you only need four things to live in this world, essential. Everything else is just something that you [want]. You need air, you need fire, you need the soil, and you need water. And you have to respect that, and you have to honor that, and you have to make sure that those are your priorities.

Being in the park with this event, [we’re] especially hoping we can create a community altar in the park, where people can see it. Because we have it at the cultural center for a couple of weeks, but just some people come in, they don’t see it if they just pass by. But if it is also like a community art installation [in the park], everybody will participate. We will have it there so people feel close to that very unique feeling of losing someone but at the same time knowing that they’re going to grow, somehow and somewhere. They’re becoming part of nature, becoming part of the essentials that we have here with us. That’s why it is very important for us to be able to do this in the park. Bringing this altar outside in the park, it’s just—I can’t express how excited I am to do that.

What is your favorite thing about parks and public spaces?

The parks in Boston are beautiful. In East Boston, Piers Park is one that is beautiful. They have the history of the people coming in first in this region. It tells the story in a beautiful artist’s way—like, they have it on the walls. So, that makes me feel blessed and grateful also to be in this land.

What final few words would you use to capture the essence of your program?

Celebrating the lives of our loved ones that are living in another part of the universe. 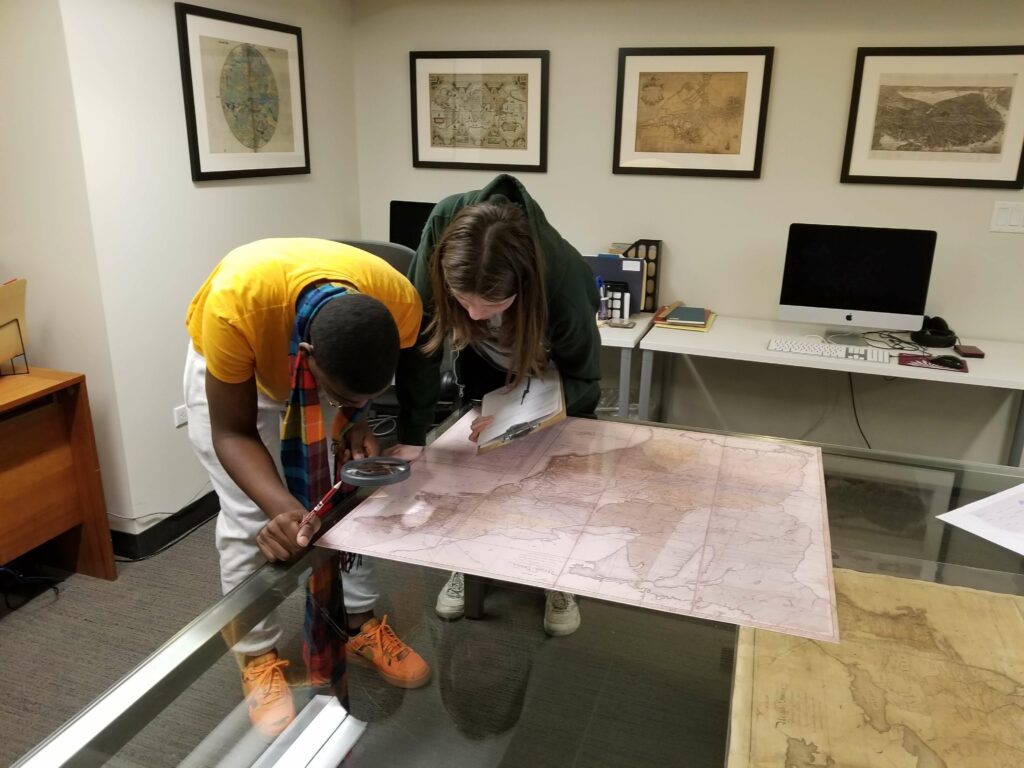